The Dangers of Yoga

Home
>
About PraiseMoves
>
Why a Christian ALTERNATIVE to Yoga?
>
The Dangers of Yoga

What are some of the dangers of yoga and so-called “Christian yoga”? And are there alternative yoga exercises that are not related to Hinduism or New Age?

Yoga’s breathing techniques (pranayama) may seem stress-relieving, yet they can be an open door to the psychic realm – inhaling and exhaling certain “energies” for the purpose of relaxation and cleansing.

While mind-numbing tranquility may feel good for a time, it’s a poor substitute for the “peace which surpasses all understanding” (Philippians 4:7) and “the joy of the Lord (which) is your strength” (Nehemiah 8:10). 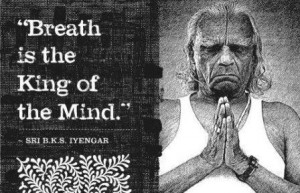 According to one yoga website: “Pranayama forms a vital step in the path to ascendancy (i.e. liberation, freedom or salvation) through Yoga.”

Pranayama is derived from 2 Sanskrit words – Prana (life force) and Ayama (control). Therefore, in its broadest description, Pranayama would mean “the control of the flow of life force.”

In other words, pranayama involves manipulation of what we may call “life-force energy” and is part of the twisted “plan of salvation” through yoga.

“The Prince of the Power of the Air”

In Paul’s letter to the church at Ephesus, he refers to the enemy of our soul as “the prince of the power of the air, the spirit who now works in the sons of disobedience” (Eph. 2:2). “Air” in this instance does not mean the oxygen we breathe. Rather, Paul is referring to what some call the “second heaven” or “psychic arena.”

(NOTE: When I use the phrase “the enemy” I am not referring to a person or group of people. Rather, “the enemy” refers to satan, the devil, the enemy of your soul. We love people. We hate sin and the author of it; the one Jesus calls “the thief” in John 10:10 and “a murderer” and “the father of lies” in John 8:44.)

The first heaven is the atmosphere we can see (planets, sun, moon, and stars). The third heaven is where God dwells (2 Cor. 12:2). Hence, the “second heaven” is that realm in-between, an atmosphere wherein angelic and demonic forces dwell (Daniel 10:10-13).

Dabbling in this arena as if it were a playground is certainly not what we as believers are called to do. It can be quite dangerous manipulating “life force energy.” Those who do so are moving into the realm of psychism, magic, and witchcraft—where the “god of this world” as Paul called him has “blinded the minds of them which believe not, lest the light of the glorious gospel of Christ, who is the image of God, should shine unto them” (2 Cor. 4:4).

I dabbled in that psychic arena when I was involved in yoga and spirituality for 22 years (ages 7 to 29). The dangers are real. Seeking a yoga alternative workout like AM-PM PraiseMoves would only make sense for the believer who wants to honor God with their body and their spirit, which are God's (1 Corinthians 6:20, the foundation scripture to PraiseMoves).

[Be sure to read “The True Meaning of Yoga” by Yogacharya Vishwas Mandlik, Vice Chancellor of Yoga at Vidya Gurukul (Yoga University). He outlines the true meaning and purpose of Hatha Yoga, the form of yoga taught in most gyms, fitness centers, and even churches.] 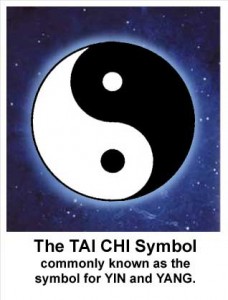 What About Tai Chi and Chi-Kung?

Whenever you see the words prana (Hinduism), chi (Chinese: Chi-Kung or Qi-Gong), ki (Japanese, martial arts), or mana (Hawaiian Huna religion), they are all referring to the same thing.

Like yoga, Tai Chi and traditional martial arts involve similar manipulation of life force energy, thus opening the door to deceptive spiritual influences. One sees falsehood even in the symbolism of Tai Chi and yin-yang.

In it’s simplest sense, yin-yang illustrates the belief that “there’s a little good in evil and a little evil in good.”

This is false and leads to confusion (and “God is not the author of confusion but of peace” – 1 Corinthians 14:33).

The Truth is: “Every good gift and every perfect gift is from above and comes down from the Father of lights, with whom there is no variation or shadow of turning” (James 1:17) – and – “Oh, give thanks to the Lord, for He is good! For His mercy endures forever” (Psalm 118:1). Glory to God. 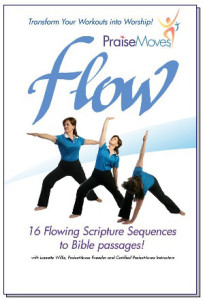 PraiseMoves Scripture Sequences, where we flow from one PraiseMoves posture to another as we recite verses of Scripture, may be considered “The Christian Alternative to Tai Chi!” You can see what that looks like in the PraiseMoves FLOW workout.

We know a couple who are Christian workers in China. They said that when a Chinese man or woman comes to Christ, they refuse to have anything to do with Tai Chi any longer. They believe it to be a spiritual practice, and say there are demonic forces involved.

Interestingly, prior to 1949, Tai Chi was known to be a part of religious observance, tied to Taoism. All that stopped in 1949. 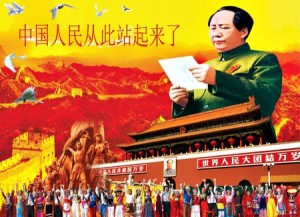 The rise of Communism brought with it the rise of atheism and a movement to destroy religion. This included the destruction of entire communities of Christians, Buddhists, and Taoists, as well as scholars and cultural history.

“Almost overnight,” we were told, “Tai Chi went from being part of religious observance to an ‘exercise.'”

Sort of like yoga. “It's just exercise,” is the familiar chant. 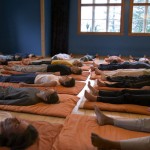 Both chanting and the customary relaxation period at the end of a yoga session also have an agenda that may surprise the weekend yogi. Before becoming a Christian, I remember numerous instances of “traveling outside my body” during yoga relaxation periods.

I wonder who – or what – checked in when I checked out? Whether you believe such phenomena can happen or not, some medical professionals claim such experiences have led to psychosis.

(Note: While Christians cannot be “possessed” since the Holy Spirit resides in your re-created human spirit, one may be “oppressed” by demonic influences.)