Home
>
About PraiseMoves
>
Why a Christian ALTERNATIVE to Yoga?
>
“Yoga is Like Meth”??? 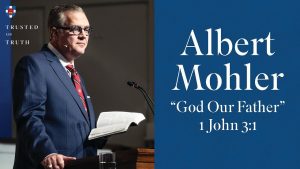 Some may remember the great controversy stirred up by Rev. Albert Mohler of the Southern Baptist Seminary when he wrote in October 2010 that Christians who practice yoga “must either deny the reality of what yoga represents or fail to see the contradictions between their Christian commitments and their embrace of yoga.”

I stood up for Rev. Mohler and shared in an interview my take on his comments.

“I agree,” says Dr. Laurette Willis, Director of PraiseMoves Fitness Ministry. “I admire Rev. Mohler for taking a stand, and we can see from comments he has received that many have been angered by someone standing up for the Truth.“Yoga is like a drug to some,” she says. “I noticed that Mohler said he was ‘really surprised by the depth of the commitment to yoga found on the part of many who identify as Christians.’

“Something amazing happened to a Fitness Center owner in Texas a few years ago,” Dr. Laurette continues. “She and her husband wanted to get rid of the yoga classes in their 4 facilities in order to have their instructors teach PraiseMoves instead. She told me that some of her members were so incensed that their yoga ‘drug’ was being taken away that it reminded her of people coming off Meth when she worked as a drug rehab counselor!

“The Fitness Center owner told me, ‘We felt convicted by the Lord to get rid of the yoga classes since we’re followers of Jesus Christ. We decided to replace the yoga with stretching/toning classes until our trainers were certified in PraiseMoves. But a number of the members went ballistic! I asked them what they liked so much about the yoga – and they told me the stretching and toning! I told them we had that, but no! They said they HAD to have their yoga. It was like a DRUG!’

“Amazing,” says Dr. Laurette. “That’s why we call PraiseMoves ‘The Christian ALTERNATIVE to yoga.’ The foundation is the Word of God we meditate upon when doing these stretching and strengthening postures. Bible-Jesus-the Word is ALL THE DRUG WE NEED!!!”