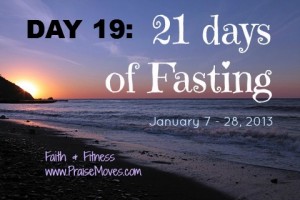 “When He had called the people to Himself, with His disciples also, He said to them, ‘Whoever desires to come after Me, let him deny himself, and take up his cross, and follow Me’”  (Mark 8:34).

In our reading of this historical account of the Lord healing the blind, Jesus did two unusual things. Not only did He lead the blind man at Bethsaida by the hand “out of the town” before He healed him, He also cautioned the man when he received his sight, “Neither go into the town, nor tell anyone in the town” (Mark 9:26).

Escape Unbelief – Get out of Town!

I’ve heard it preached that Jesus didn’t want to draw more attention to Himself, so He warned the man not to tell others about Him. That may be, however, another reason may apply.

Could it be that the people of that town were filled with unbelief? His neighbors’ unbelief could contaminate his ability to receive from the Lord. Unbelief and doubt are powerful forces. Unbelief is not lack of belief; neither can doubt be considered casual, harmless uncertainty.

Remember that the Lord could do no great works of healing in His own hometown because the people were steeped in unbelief: “Now He did not do many mighty works there because of their unbelief” (Matthew 13:58).

The Sin of Unbelief

Unbelief is not casual. It is willful. It requires a decision NOT to believe.

Unbelief not only makes it difficult for us to receive from God (so He led the blind man “out of the town” before healing him). Unbelief can also rob us of what we have already received from God (Jesus cautioned him to keep his healing to himself for the time being).

What we receive from God we need to continue to keep. Some argue that once God does something (such as healing a person), it cannot be undone. Well, if that were the case, why would the Lord have said to John, “Hold fast what you have, that no one may take your crown”? (Rev. 3:11).

The way to hold fast and hold on to what the Lord has given you is to know your rights and authority as a child of God. Know the Word of God and refuse to let the enemy rob you of what is rightfully yours.

Please share your comments  below – How will you hold fast to what the Lord has given you during the fast so far?

DAY ONE – Delight in the Lord (instead of food?)

DAY FOUR – DO and then Feel

DAY SIX – YOU Break Every Yoke

DAY SEVEN – What are You Feeding On?

DAY NINE – The Mind of Christ

DAY TWELVE – Righteousness Before You

DAY THIRTEEN – What is Your WHY?

DAY FOURTEEN – Call on the Lord

DAY FIFTEEN – We Have Dominion?

DAY SIXTEEN – Whatever You Do will Prosper

DAY SEVENTEEN – His Angels have Charge Over You