Parents May Sue Over Yoga in Schools

Home
>
Articles
>
Parents May Sue Over Yoga in Schools 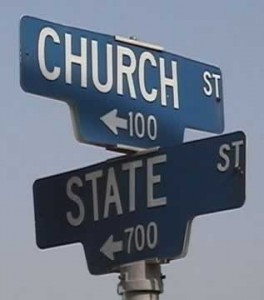 Can the creaking door marked “Separation of Church and State” swing both ways? Is yoga being taught in your child's school? Concerned about it? Some have turned to PowerMoves Kids instead.

We first learned about this from a concerned California Mom who is also a Certified PraiseMoves Instructor, Leslie Marshall:

Leslie wrote to us, “It's too weird to believe…

“My Christian neighbor (mother of 3) stopped me at the YMCA yesterday. She said her son in 6th grade recently had an ‘Art' Lesson by a JOIS Ashtanga Yoga Instructor at his public school.

“The Art Lesson was to make Mandalas. This poor mother is now a puppet on a string, as she tries to second guess, what's happening in her son's classroom. She vows to take him out of class, but what a hassle!”

(Note: From Institute of Buddhist Studies 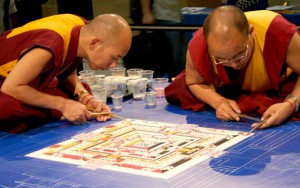 “There are hundreds of mandalas representing each of the different tantric deities, each with its own unique set of details.

“To the practitioner, the mandala represents the activities and teachings of the particular deity represented in the mandala, and can be described as the residences of the respective deities and their retinues.”)

Leslie continues, “Yesterday at the YMCA, the young, pretty petite yoga instructor was wearing a T-shirt that said: “Got Mula Bandha?” [‘Root Lock'] (in other words, she's demanding everyone she comes in contact with, ‘Look at my private parts.'

“I hope to meet with a local apologetics ministry today or tomorrow. The assistant to the President is spearheading the parents' protest. Her children attend local elementary school, where these programs are now in place. She's gathering support and names, from local pastors, parents, etc.”

From an article in the Encinitas Times

Parents may sue over yoga lessons in Encinitas 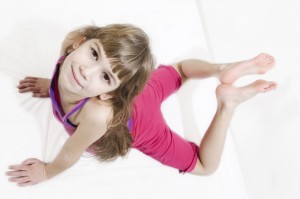 A group of parents who say that yoga lessons being taught in the Encinitas Union School District are a form of religious indoctrination are considering legal action against the district if the classes don’t stop, an attorney for the group said.

In an Oct. 12 email sent to Superintendent Tim Baird, attorney Dean Broyles, called the program unconstitutional and warned that he may initiate “a legal course of action” if the district doesn’t end it.

Broyles declined last week to discuss what the group has in mind, but said it’s considering all legal options.

“There’s a deep concern that the Encinitas Union School District is using taxpayer resources to promote Ashtanga yoga and Hinduism, a religion system of beliefs and practices,” Broyles said.

Students at half of the Encinitas district’s nine schools started the yoga program last month, and the other campuses will get the classes beginning in January. The effort is being paid for with a $533,000 grant from the Jois Foundation, a nonprofit organization that promotes Ashtanga yoga across the world.

(NOTE: Notice in screenshot below that the Jois Foundation was: “Founded in 2008, in loving dedication to Guruji, Sri Krishna Pattabhi Jois, whose Ashtanga Yoga teachings have catalyzed a worldwide revival of yoga.”) 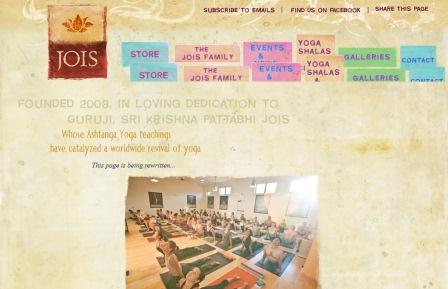 Broyles is president and chief counsel for The National Center for Law & Policy, a nonprofit law firm that focuses on “the protection and promotion of religious freedom, the sanctity of life, traditional marriage, parental rights and other civil liberties,” according to its website.

The crux of the disagreement over the program is whether the particular type of yoga being taught and the lessons themselves are inherently religious.

District officials say that they have stripped any semblance of religion from the classes, but some parents are worried that that may not be true.

“I think that they really would like to think that, but I don’t think that, in actuality, it has been done,” said Mary Eady, who has pulled her son from the classes at Park Dale Lane. “There’s really a lot of unease among a lot of parents.”

For some of the concerned parents, the yoga poses serve as religious expression or a way to invite Hindu deities into the body. 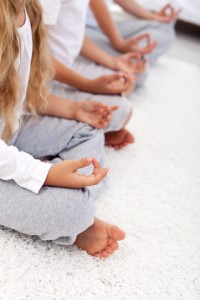 [NOTE: At right, you will see children doing the yoga mudra (Hindu hand gesture) in the meditative Lotus Pose. Many consider these gestures to be “welcoming signs” or “gateways to the gods,” leading to demonic activity and influence. Children in the NCTimes article from the public school in question are seen in this posture.]

Seven parents criticized the program at a school board meeting last week, and dozens more who were there appeared to agree with them.

Broyles said a parent contacted him asking for help. He wouldn’t say how many parents he represents, but said it’s “a lot.”

Many parents are afraid to speak up because they have seen anger and name-calling in online comments on news stories about the controversy, said Samantha Vigil, a mother who’s against the program.

Though religion seems to be at the heart of most of the concerns, there have also been other complaints about the yoga lessons.

Parents say they’re also concerned about their children not getting enough physical activity if they opt out of the yoga classes, a lack of communication from the district about the lessons, and the information researchers are collecting as part of a study of the program. 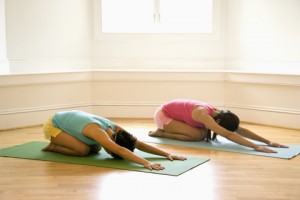 District officials see the yoga lessons as part of a bigger push to improve health and say that all religious aspects of it have been removed, Superintendent Tim Baird said.

“Our goal is that kids get a really healthy workout, that they get a chance to relax and reduce stress,” he said, “and yoga’s perfect for that.”

Students in all grade levels participate in the yoga classes twice a week for 30 minutes at a time.

Researchers with the University of San Diego will study the program to monitor its effects on students.

The district is in charge of writing the curriculum and hiring teachers, though the contract stipulated that the instructors must be trained by the Jois Foundation. (For the rest of the article see NCTimes.com).

Note from Laurette – If you are as outraged by this as I am, please share this article and information with others. Let them know that the supposed “separation between church and state” can swing both ways.

An ALTERNATIVE to Yoga in Public School

Our PowerMoves Kids program: in US & Canadian Public schools since 2006! 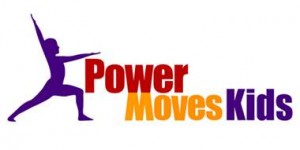 We've had many concerned parents and teachers get our PowerMoves Kids program as an ALTERNATIVE to yoga for public schools. PMK combines Character Education and Fitness – the only Classroom program to do so.

“And do not be conformed to this world, but be transformed by the renewing of your mind, that you may prove what is that good and acceptable and perfect will of God” (Romans 12:2).