Yoga Banned by Church of England 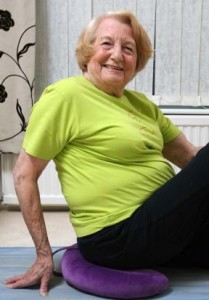 Here's what happens when people do not realize Yoga is more than “just exercise.” Article worth reading from the UK. Glad to see the churches are waking up to this, but sad to see how many side AGAINST the church and FOR the sincere, but misguided yoga instructor.

Not realizing the roots of yoga, the well-meaning 81-year-old yoga instructor says, “I am a Christian myself. I have a poem here from a Catholic magazine about a caterpillar changing into a butterfly for the relaxation part of the session. If anything, doing yoga has enhanced my faith as a Christian.”

And the scripture about the caterpillar is…?

Of course the church is seen as the big meanie here: “How can you do this to a poor, defenseless great-grandmother?” When people realize Yoga is part of the Hindu faith, they realize it is not “just exercise.”

THE Anglican Church has been dragged into the yoga controversy – by banning an 81-year- old Christian fitness instructor from holding classes at a Hampshire church hall.

Despite being retired for more than 20 years, Eileen Meegan tirelessly teaches yoga for four hours a week – making sure pensioners socialise, keep supple and are de-stressed.

But the Daily Echo can today reveal that St Andrew’s C of E Church in Dibden Purlieu has banned her classes from its premises.

It joins the Roman Catholic St Edmund’s Church in Southampton which banned yoga teacher Cori Withell from its hall, saying her classes were not compatible with the Catholic faith.

Octogenarian Eileen said she has inquired about the halls on several occasions but she was told it was against the church’s religion.

Eileen, who used to work for the NHS community dental service, said: “The WI hall gets so cold in winter and they have such beautiful rooms at the church.

“It was all going swimmingly until I said I taught yoga, then they froze. They said yoga was against their religion and it was dangerous for the mind.

“They think when we do meditation someone could have influence on the group with bad thoughts. I have never heard so much nonsense in my whole life.”

The great-grandmother-offive added: “I am a Christian myself. I have a poem here from a Catholic magazine about a caterpillar changing into a butterfly for the relaxation part of the session.

“If anything, doing yoga has enhanced my faith as a Christian.

“What have they got to be frightened of ? It is just about calming people’s minds and improving flexibility. My groups are much more flexible. I think it is ignorance.”

Last week the Daily Echo reported how Catholic priest Father John Chandler told Miss Withell she could not teach her classes in St Edmund’s, off The Avenue, due to yoga’s Hindu roots.

The ban sparked an international religious row, with one of the world’s leading Hindus even contacting the Daily Echo, urging the Catholic Bishops’ Conference of England and Wales to “intervene immediately”.

The yoga bans are not Church of England or Roman Catholic Church policy, with decisions left to the discretion of individual priests. The Rev John Currin, vicar at St Andrew’s Church, was last night unavailable for comment.

However, a Church of England spokesman said that while there are some “cases of particular sensitivities to the background of yoga with its roots in the Hindu faith”, the general feeling was that yoga was today used as a way to keep fit.

He said: “You can look at most church halls and there will be yoga classes held there because today it is seen as a way to keep fit and agile, not for its spiritual background.”