You can listen to the debate here:

Since the show aired, I have received several remarkable testimonials and I wanted to share them with you. Both of these are from women who are believers, and who became involved in yoga and their lives were affected adversely. What do you think?

1. “Drawn into a Lifestyle of Sin”

“I listened to the podcast. As a Christian going through a divorce in 2007, I used to go to non-Christian Yoga at the local YMCA to ‘ease' my mind and soon was drawn into a lifestyle of sin without feeling guilty at all…

“When I stopped going to those Yoga classes is when I closed the door to the spirituality grip it had on my mind.

“Once I closed that door, I opened the door of my heart to the Holy Spirit once again and He changed my life.

“I was looking into ‘Christian Yoga' because I liked the postures and stretching and came across the PraiseMoves website. I realized that Yoga and Christianity do not belong together.

“I purchased your DVD and now I do PraiseMoves and fill my mind with Scripture and keep my body fit.

“I wish the woman who called in and listens to her own music while still in the Yoga Classes realizes is opening up herself to being in the spirit realm of the demonic — I would suggest she start doing PraiseMoves!

“Loved your answer to her, Laurette: about the ways the body is designed to move and how the enemy twists what God originally designed for our benefit and His Glory and being yoked to the Lord!!!!!!!

“I know this is lengthy but I love your candid testimony about being watched and sucked in and not wanting to cause your brother to stumble! I am blessed to have ‘found' PraiseMoves and I am incredibly blessed by you, Laurette!

“I disagree with Susan (the ‘Christian yogi') about having the words Christian and Yoga linked together…it's like linking Christian to bar or Christian to the Lambata or Zumba! Thank you for holding fast to the truth!

“Uh! Oh! Susan on the podcast said Yoga is just a word….does she know the scripture that “Death and life are in the power of the tongue…and that we are accountable for every word we speak….?”–Danielle Ray, New Jersey

2. “A Form of Godliness” – Lukewarm and Dangerous

(An email from a sister we'll call “Melissa” in Pennsylvania)

Hello Laurette.  Just wanted to let you know that I sent the following e-mail to “Up for Debate.” 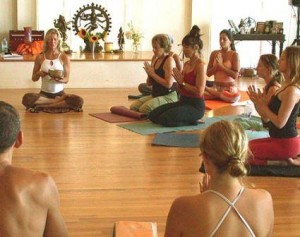 “Hello there.  I just listened to the Up for Debate podcast regarding Yoga and wanted to comment.

“I am a born again, Spirit-filled believer in Jesus Christ. I was raised in a Christian home and have served God with all of my heart. But, like many 40 something-year-olds, hit a bump in the road called a mid-life crisis.

“While doing music ministry with a gentleman, whose wife taught Hatha Yoga, I became emotionally entangled with him, to my detriment.  Thank God, this relationship was severed before anything physical transpired and before my family was totally destroyed.

“However, in my quest to find a quick fix to recover from all the stress that ensued, I began doing yoga with p-90x.  I fell in love with the practice and yes, became somewhat addicted. I began doing Yoga online, at work on my breaks, and everywhere I went.  I was not trying to run from God, I was trying to reconnect with Him.  I would even recite scripture as I was doing the Yoga postures, but knew in my heart, by His Spirit that this was not something I should be doing.

“I was being satisfied by something other than the Lord and that something was Yoga.  It was the substitute for the time I would have normally spent, reading the Word, journaling and pouring my heart out before the Lord.

The True Motive of Yoga

I, like Laurette Willis, acknowledge that the true motive of Yoga, (the missionary of Hinduism to the West) is to draw us (our entire culture) away from our first love, Jesus Christ.

“In my attempt to find an alternative to Yoga, I discovered Laurette's PraiseMoves. What a blessing it is! I am planning on becoming a PraiseMoves Instructor.  I do believe that as Christians, we need not be unequally “yoked” (Yoga) together with unbelievers.  We need to come out from among them and be separate. 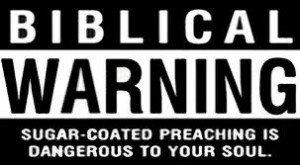 “The word of God says that in the last days, even the very elect will be deceived.  Unbelievers are seeking something real, and yes, Yoga is real, just as much so as is the power of God Almighty.

Of course, God's power surpasses that of the enemy!!!!!!! The problem is, when we allow Yoga in because it is linked to the power of satan, it serves to create satisfaction apart from God, self-sufficiency, of sorts. I know, because I experienced it. It is very deceptive and many precious people are being led astray.

“The gentlemen and his wife which I mentioned earlier, were both raised in the church and heard the truth of the gospel, however, her involvement in Yoga as an Experienced Registered Yoga Teacher ERYT has led them down a path of New Age Philosophy.  They live sinful, undisciplined lives and worship creation instead of the Creator, they are working hard to welcome others into the fold of free-living, mindfulness and sin.  They actually believe in reincarnation.

How did this happen, except they allowed Yoga in and it twisted the truth, causing them to believe a lie!

Lukewarm and Having a Form of Godliness…

“I fear for the church who practices Yoga!!!  It seems that the mega-churches who have allowed Yoga in, have begun to cater to the enemy. Rather than winning the lost, they are watering down the Gospel, making it attractive, sugar coating it, so to speak, with something that is familiar.  Don't entertain familiar spirits.

The enemy of our soul is using Yoga to get a hook into Gods' people to lead us to live in a state of lukewarmness; fit and calm, having a form of godliness, but denying the power…not recognizing our fallen state apart from Christ but rising to a state of ‘Higher Consciousnesses,' becoming God ourselves (what a fallacy).  Sounds much like what happened to Adam and Eve in the garden.  They believed the deceiver and we all have suffered because of it.  We must learn from history.

“I am interested to know if Christian Yoga instructors can report salvation and healings occurring, as a result of people attending their classes.  I know that PraiseMoves regularly has reports of unbelievers receiving Jesus as Savior and Lord, as well as many experiencing physical and emotional healing.

“Ok, I shared my heart.  Thanks for reading!”

WE WELCOME YOUR COMMENTS BELOW!

PraiseMoves – The Christian ALTERNATIVE to yoga!

Join us to discuss the Christian Yoga Alternative on Facebook!

Click the link to meet the HINDU FOUNDER of so-called “Christian yoga.”