Today's overweight children will most likely be tomorrow's overweight and obese adults–if something doesn't change NOW. 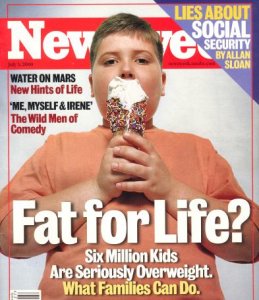 Increase in Prevalence of Obesity and Overweight in Children

Incidence of Weight-Related Disease in Children

According to surveys of overweight/obese children and teens:

“Winning the WAR against Childhood Obesity: with CHARACTER!” PowerMovesKids Character Education-Fitness Program for all schools.

In a report from Australia: “The secret to helping children lose weight – and keep it off for at least two years – has been discovered.”

An article in the Herald Sun outlines a program that may have application for local churches.

Dr Anthea Magarey, of Adelaide's Flinders University, taught parents about healthy living and discovered this helped their children aged 5-9 lose about 10 per cent of their weight.

Here's an outline of what the classes taught parents, which they were able to bring home to help their children.

The classes helped parents to:

* Say no to their children's demands.

* Set  limits on the types of food they could eat.

* Establish rules on how much time their children spent watching TV and playing video games.

* Set their own healthy goals.

Researchers found children overall had a 10 per cent weight loss at the end of the six months of classes, and maintained it for 18 months without intervention.

Putting control firmly in parents' hands, Dr. Magarey said, “It takes the stigma away from the child and supports a whole family approach.”

Can you see a similar program working at your church? I can! If you have questions about that, just CONTACT us.

Click here to see the rest of the article from the Herald Sun in Australia.