Do you know what's inside the ground beef you're eating? A new report claims much of that meat is filled with what's being called “pink slime.” It's really waste that butchers reject, like connective tissue and excess fat (once found only in dog food!).

Several popular fast food chains have agreed to using the filler. But what about the beef at your local grocery store?

And you thought “Frankenfood” and Genetically Modified Organisms in the food supply were bad!

According to new reports, this chemical-laden filler is found not only in fast food burgers, it's in 70 percent of the ground beef Americans purchase at the supermarket.

“It is economic fraud. It's not fresh ground beef. It is a substitute,” said Gerald Zirnstein, a former U.S. Department of Agriculture scientist. 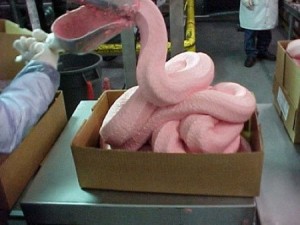 While the beef industry calls it “lean finely textured beef,” this pink slime was once only used in cooking oil and dog food.

Now the waste is collected, treated, and then sprayed with ammonia to kill any bacteria. Then it's added to ground beef as a cheap filler.

But don't go to the grocery store looking to find pink slime on any food labels. USDA officials allow the beef industry to label it as meat, according to Custer.

“The undersecretary said, ‘It's pink; therefore, it's meat,'” Custer noted.

The person who approved the mix was former Undersecretary of Agriculture Joann Smith. After stepping down from the USDA, she was appointed to the board of directors of Beef Products, Inc. who makes the beef filler. She's made more than $1 million while serving on the board over the past 17 years. ~ Source: CBN News Report

So here’s ANOTHER reason our family has chosen to eat Beyond Organic!

We are so grateful for Jordan Rubin and Beyond Organic!  Beyond Organic ground beef is 100% grass and green-fed, with no hormones, antibiotics, chemicals or questionable ingredients! Who doesn't want the best for their family?

As Jordan says, “I'd rather pay the farmer now rather than the doctor later.” Amen!

Discover the world’s healthiest foods – delivered fresh from the farm – straight to your door! With a tremendous opportunity to get your food for free, and even earn additional income by helping others have access to these healthful foods, too.

This truly is HEALTH food! The taste of all the foods and beverages is wonderful, and it's so good to know I can be confident giving my family this REAL food! Leave “pink slime” for the scary movies, not the dinner table.