Pizza is a Vegetable — for the right price.

Home
>
Nutrition and Weight Loss
>
Pizza is a Vegetable — for the right price.

$175 Million Turns Pizza into a Vegetable

by Jordan Rubin, Beyond Organic

$175 million! That’s what 50 of the largest U.S. food companies have spent lobbying Congress since 2009, nearly double the amount spent in the previous 3 years.

So what does $175 million buy you in Washington? Well according to this article, it’s enough to turn school lunch pizza into a vegetable, while at the same time killing a plan by four federal agencies to reduce sugar, salt and fat in food marketed to children.

Now don’t get me wrong, generally speaking, I’m not in favor of more regulation, and I’ve already shared my thoughts about the “soda tax” mentioned in this article, but the amount of money spent by Big Food to grease the political wheels in Washington is sickening, especially when it grants you the ability to pass off school lunch pizza as a vegetable. 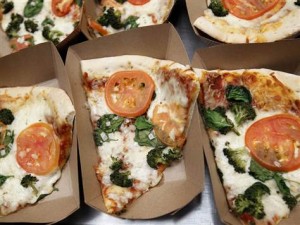 Now I realize that Congress didn’t actually declare pizza a vegetable. What they technically approved was a guideline that allows for the less than half-cup (probably closer to two tablespoons) of canned tomato sauce in a slice of pizza to continue to count as a vegetable in the federally-subsidized school lunch program.

Well here’s a thought for our friends on Capitol Hill – why don’t we just serve kids more vegetables? And don’t get me started on the photograph of the pizza slices used in this article. We’ve all seen school lunch pizza before, and you can be sure that most of it is not topped with spinach and tomatoes. Replace the tomatoes and spinach with processed, swine “meat” and you’ll have a more representative picture of what government subsidized pizza looks like.

The article goes on to point out that in contrast to Big Food’s lobbying budget, “the Center for Science in the Public Interest, widely regarded as the lead lobbying force for healthier food, spent about $70,000 lobbying last year — roughly what those opposing the stricter guidelines spent every 13 hours.” The article’s conclusion on the matter? The side with the fattest wallet wins! 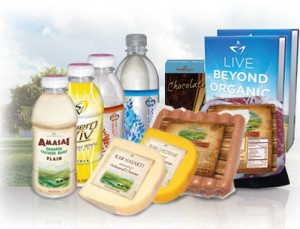 Learn more about REAL Health Food – Beyond Organic – Food so pure it's BEYOND Organic, and delivered to your door!