Home
>
About Us
>
Why A Christian ALTERNATIVE to Yoga?
>
Yoga is Religion

by L.G. Marshall, Christian (former yogi, TM student and follower of “The Maharishi,” now a devoted follower of the Lord Jesus Christ) 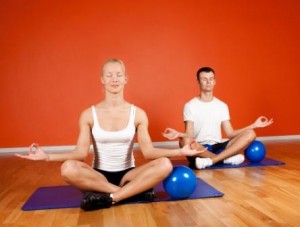 Yoga is always destined to fail miserably in its fundamental purpose. Yoga practices can be very harmful as well. Physically, spiritually and emotionally harmful. Yoga was always meant to be imparted by a teacher that stayed with the student for long periods of time. Constantly monitoring, constantly instructing, constantly observing the student. The Indian gurus that teach yoga are always in a disciple/devotee relationship with their students. This is because yoga can be a very dangerous practice.

More proof that yoga is a religion: From Los Angeles Times 12/18/09
by P.J. Huffstutter

Missouri's yoga enthusiasts go to the mat over sales tax

The state, which views the discipline as strictly recreational, has levied a 4% tax on studio owners and instructors. But yogis say their pastime should be exempt as a spiritual pursuit.

Reporting from St. Louis—”The students streamed into the Marbles Yoga studio—shoulders rolling and minds calming—as they prepared to spend an hour with their instructor inside the sun-dappled room.

For many students, the class is as much about the spirit as it is about exercise.

But for the Missouri Department of Revenue, it's strictly recreation, and the state informed yogis that studio owners and instructors must charge a 4% sales tax on class fees.

The tax, which took effect last month, has roiled the normally serene yoga world, whose supporters maintain that their pastime should be exempt from sales tax as a spiritual pursuit.”

I never realized that many Yoga studios across the country have tax-exempt status, just like churches and synagogues.

Apparently, many Yoga Studio Instructors are perturbed because they say “our ancient practice meditation and physical discipline could not possibly be grouped with tae-bo workouts or pole dancing.”

Apparently, the increase in prices has kept some from coming to class as often.

“‘Yoga is a spiritual practice. It's not a purchase,' said studio owner Bruce Roger, a St. Louis resident who has been an instructor for 25 years.”

Yoga supporters have successfully argued their case in Connecticut and Washington. When Washington started requiring studios to charge sales tax for their classes last year, studio owners and yoga teachers met with lawmakers and regulators to talk about how people use Yoga to achieve “spiritual enlightenment.” 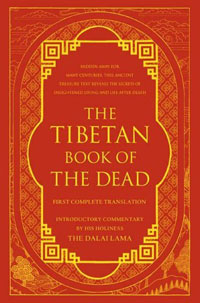 Tibetan Buddhism yoga (Tantric Yoga) is strictly a practice reserved for those who are on their death bed and about to die. Yoga is a death practice to “help the dying person into their next incarnation,” into a new human body, or some other form of matter (be it animal, vegetable, mineral, or some demon spirit—your choice).

Yogic practices detailed in Tibetan Book of the Dead, with foreword by the much revered current Dalai Lama, are extremely specific regarding yoga postures and rituals that are to be performed (i.e. drinking one's own urine, to name one of the least offensive practices).

Tantric yoga promises to bring the person into a new (re)incarnation over which they are said to have complete control. It promises a next life of wealth and ease, or if one is really lucky, an opportunity to “escape the wheel of reincarnation.” This is when one merges with the “absolute” into sheer nothingness or “nirvana.”

Thousands of pages of ancient text must be adhered to to get desired results. Even with strict adherance, there is no guarantee. 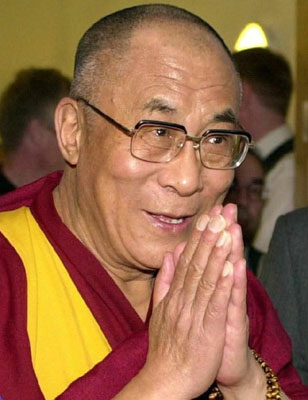 The very popular and well-loved Dalai Lama wrote a prologue for The Tibetan Book of the Dead. In his commentary, to my utter amazement, he states that his tantric yoga practices (which are death practices) are part of his everyday life.

He wrote that he has a sense of excitement about the experience of death. But he goes on to say that he doesn't really know if, at the time of his death, he can summon up his lifetime knowledge of Tantric Yoga, to help him transition into the next incarnation.

Consider this: If the Dalai Lama himself isn't sure, how could any Buddhist or yoga practitioner be sure?

As a Christian, I know for sure that I do not want to practice anything whose primary purpose is to prepare me for death, or an existence rife with demons. A popular yoga posture that finishes every yoga class is called the Corpse Pose.

Tantric yoga is also practiced as a sexual union yoga, man/woman together. The ultimate purpose of this sexual yoga is to nullify any type of procreation, resulting in no sperm, no egg. Tantric yoga teaches that the physiological changes in the woman's body will destroy all eggs in her ovaries if she is practicing this type of yoga correctly. Likewise, for the male participant. sperm ceases to be produced.

An alternative to yoga and a way out from Hindu yoga.

Yoga means “Union with Self.” In Hinduism “The Knowing of the Self” is the pinnacle of all possible attainments, which promises freedom from suffering and freedom from reincarnation. Hinduism teaches that ‘Self', in its highest state of consciousness is omnipotent, omniscient, and having all power.

Ancient Hindu teachings can be traced back all the way to the Fall in the Garden of Eden, and are directly related to the false promise that serpent/satan made to Adam & Eve, “You can be like God!”

In the West, we mostly know Yoga as the physical ‘exercise' that is taught at every YMCA, Fitness Studio, and Health Symposium, and is recommended by your doctor, your chiropractor, Dr. Laura, Oprah and even your Pastor. Most Americans are unaware that each  yoga posture [asana] is a religious act of offering praises to Hindu gods. i.e. Shiva, Suriya, Vishnu, Hanuman & Krishna.

Better Have Your Own Personal Guru to Practice Yoga

Today, Westerners are ignoring the dangers of Yoga practices and are not taking proper precautions that are recommended by all Yoga Experts and Teachers.  Revered Guru Swami S. Saraswati said that one's own “Personal guru is required for all yoga practice. A  guru gives guidance and support for spiritual experiences of the Yoga Disciple. If this guidance is not obtained, it is very easy to end up in a mental hospital or prison. Fantasies and psychotic behavior can occur if the student is undergoing any personal problem.”  [Does the average American yoga practitioner have their own personal guru? No!]

How is PraiseMoves Different? 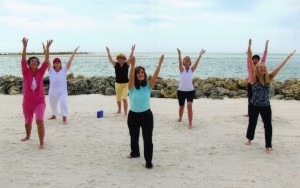 Born-again, faithful, Bible believers avoid any practice that appears to elevate the self , rather than worshiping the Creator, the God of the Bible.

PraiseMoves is a spiritually healthy fitness practice,  in which we pray in humbleness to the God of Abraham, Issac, Jacob…. Matthew, Mark, Luke and John. We recite and memorize His Word as found in scriptures from the Bible.

We listen to godly praise music that honors Him. We stretch and move and build core body strength with Scripture-linked postures such as Mt. Zion, The Eagle, The Reed, The Angel, Prayer Warrior, Prayer Shawl, Jars of Clay, The Dove, etc. We learn PraiseMoves Alphabetics (the 22 Hebrew Letter postures). We strengthen our faith, we Rest in Him, and we Meditate on His Word. We pray in thanksgiving.

“Thank You, Jesus, that we can offer Light to any seekers that want to flee from Darkness.” –L.G. Marshall

See “Why a Christian ALTERNATIVE to Yoga?”