Home
>
About PraiseMoves
>
Why a Christian ALTERNATIVE to Yoga?
>
Yoga poses are offerings to Hindu gods?

Why Yoga and Christianity Don't Mix

Did you know that yoga poses are offerings to the 330 million Hindu gods?

Can you see a twisting of Romans 12:1 here (“present your bodies a living sacrifice”)?

George P. Alexander, Ph.D., a Christian believer who taught World Religions at Biola University, sheds light on this subject for us.

Born in Sri Lanka, George grew up in India, the birthplace of Hinduism and yoga. He told us that yoga poses are actually offerings to the 330 million Hindu gods.

“Many Westerners who practice yoga today are unaware that the physical positions assumed in yoga symbolize a spiritual act: worshiping one of the many Hindu gods,” Dr. Alexander told me during a phone conversation.

“My wife and I were shocked when we immigrated to the U.S. and sought prenatal care for our first child. The doctor advised my wife to begin practicing YOGA for ease of childbirth! 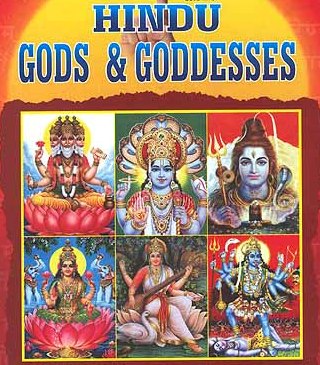 “To a Hindu, YOGA is the outward physical expression of a deep spiritual belief. You cannot separate one from the other.”

Since yoga is tied so strongly to Hinduism, can there be such a thing as “Christian yoga,” or would that be an oxymoron (a contradiction in terms)?

Many practicing Hindus, as well as Christians, agree that since yoga IS Hinduism, the two cannot be combined.

One of our PraiseMoves Instructors spent three months on a missionary trip to India several years ago. She said her group often saw people performing yoga poses in front of statues of the gods in the streets! Some brought offerings of flowers, some fruit, some themselves…

Acts 15:29 tells us to “abstain from things offered to idols.”

From experience, I can say that yoga is a dangerous practice for Christians and leads seekers away from God rather than to Him. You may say, “Well, I’m not doing any of the meditation stuff. I’m just following the exercises.”

It is impossible, however, to separate the subtleties of yoga the technique from yoga the religion.

I know because I taught and practiced hatha yoga for years. Hatha yoga is the most popular yoga style available on store-bought videos and in most gyms. For an eye-opening account of the background and meaning of “hatha yoga,” please see my notes at the bottom of this page.

Perhaps you have sensed uneasiness while doing yoga (what some call a “check in your spirit”), but you ignored that quiet nudge. I urge you to pay attention to it. Jesus Himself said, “…the sheep follow Him, for they know His voice” (John 10:4).

Your yoga teacher may bow to her class with palms together saying, “Namaste” (“I bow to the divine in you.”).

This gesture done with the hands is called a “mudra.”

According to the Yoga Journal:

“Mudra means ‘seal,' ‘gesture,' or ‘mark.' Yoga mudras are symbolic gestures often practiced with the hands and fingers. They facilitate the flow of energy in the subtle body and enhance one's journey within.”

I'd rather be sealed by the Holy Spirit of God. “Now He who establishes us with you in Christ and has anointed us is God, 22 who also has sealed us and given us the Spirit in our hearts as a guarantee” (2 Corinthians 1:21).

Another common mudra is called the Gyan Mudra — the placement of index fingertips to thumbs — used in many meditation practices. Practitioners teach mudras are a “gateway” to spiritual enlightenment–or demonic influence (which I call “endarkenment“).

Jesus said, “But if your eye is bad, your whole body will be full of darkness. If therefore the light that is in you is darkness, how great is that darkness!“ (Matthew 6:23). 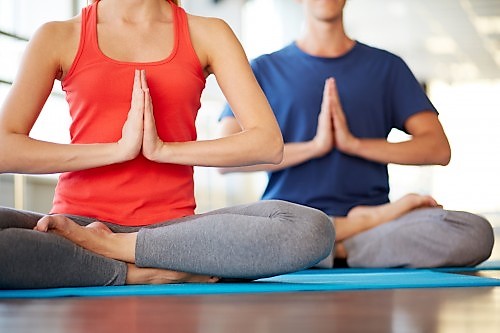 Yoga poses have names such as Savasana (the Corpse Pose) and Bhujangasana (the Cobra or Snake Pose). Even some so-called “Christian yoga” practices keep these poses in their classes (with Christian music in the background, which apparently makes them okay?).

References are made to chakras or “power centers” in the body, such as the “third eye.”

For more information about the dangers of yoga, hear from former yogi, a student of “The Maharishi, and Transcendental Meditation devotee HERE

The relaxation and visualization session at the end of yoga classes is skillfully designed to “empty the mind” and can open one up to harmful spiritual influences.

When I was a Yoga Instructor (before I came to Christ, during my 22 years in yoga, ages 7 to 29), the relaxation period at the end of yoga practice was when I shared my skewed beliefs.

When students were relaxed, after an hour of being told “empty your mind,” they were defenseless targets for the enemy's New Age religion which I spouted.

Many believe that transformation process occurs as we meditate and feed on the Word of God – renewing our minds by filling them with God’s thoughts, not emptying them or filling them with the prideful thoughts of man.

For an enlightening article and brief video on what the Bible says meditation REALLY is — and the dangers inherent within “creative visualization,” “contemplative prayer” and even what some are calling “Christian meditation” see Christian Meditation: What Is It?