Will You Be My (Martyred Saint) Valentine?

Home
>
Articles
>
Will You Be My (Martyred Saint) Valentine? 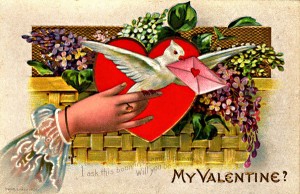 Doesn't have the same ring to it, does it?

Yeah, I hear you: “Oh, Laurette – why be such an ol' fuddy-duddy? Lighten up! Don't take things so seriously. It's just a holiday, after all.”

Interestingly, the word “holiday” comes from “Holy Day,” but I digress…

Here's yet another example of how a perfectly honorable believer's life has been doctored up to fit worldly whims (think Saint Nicolaus a.k.a. Santa Claus). And don't get me started on where the word “Easter” comes from and who it originally honored. I'll save that for next month. 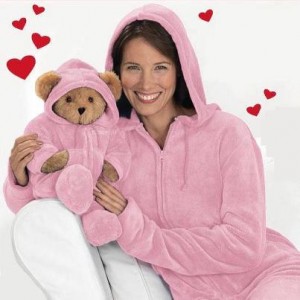 For most of us, Valentine's Day *conjures up* images of hearts and flowers, greeting cards and chocolates, Cupid with bow & arrow, PajamaGrams and the Authentic Vermont Teddy Bear holding a mini bouquet of silk roses.

According to tradition, on this day, February 14, 269, a young believer named Valentine was beheaded in Rome for his faith in Jesus Christ. How has the execution of a third century martyr become the day we embrace loved ones, wear red, give gifts and wish one another “Happy Valentine's Day”?

No one may know the entire story, but history points to some clues. Valentine was martyred the day before the pagan festival to the fertility goddess Juno Februata. Perhaps legends about the martyr's death were embellished to replace the pagan custom? Perhaps. There may even have been two or three martyrs named Valentine who died in different parts of the empire at about the same time. 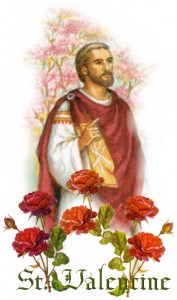 Several ancient Christian writers mention one Saint Valentine. There appears to be no doubt he lived and was tortured before being beaten with clubs and beheaded.

Some traditions say he was a young man with a tender heart who aided Christians who were undergoing torture and martyrdom. He was not even a Christian at the time (!).

Knowing he was going to be put to death, he wrote letters to his friends saying “Remember your Valentine.”

Another legend says Valentine was a priest who refused to sacrifice to pagan gods. Imprisoned by the Romans for this, he gave testimony in prison (much like Paul the apostle!) and through his prayers the jailer's daughter was healed.

On the day of his execution he left her a note signed “Your Valentine.”

During the Middle Ages it was popularly believed that birds paired in mid-February. This may have helped associate romantic love with Valentine's name.

Don't Rain on My Parade 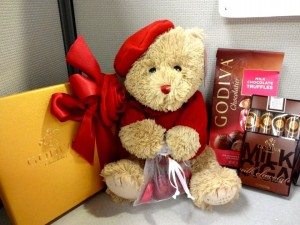 Sorry. I didn't mean to dampen your enjoyment of Valentine's Day as a time to let your loved ones know how much you love them. But hey, isn't it great to know you can do that ANY day?!!!

Sure, have some chocolate, roses and a Hoodie-Footie — but why not take a moment and share with your loved ones the story of the man called Valentine and his love for the Most High God?

We may not have to physically die for Jesus, but we can live for Him–and die to self. Can we do that? Can I? Ouch. Um, pass the chocolates…