Yoga in Schools–What’s the Big DEAL?

What's the BIG $500,000 DEAL about yoga sponsored by a grant from Ashtanga yoga's Jois Foundation in Encinitas, CA schools?

And what's the BIG DEAL with parents suing their California School District over it? 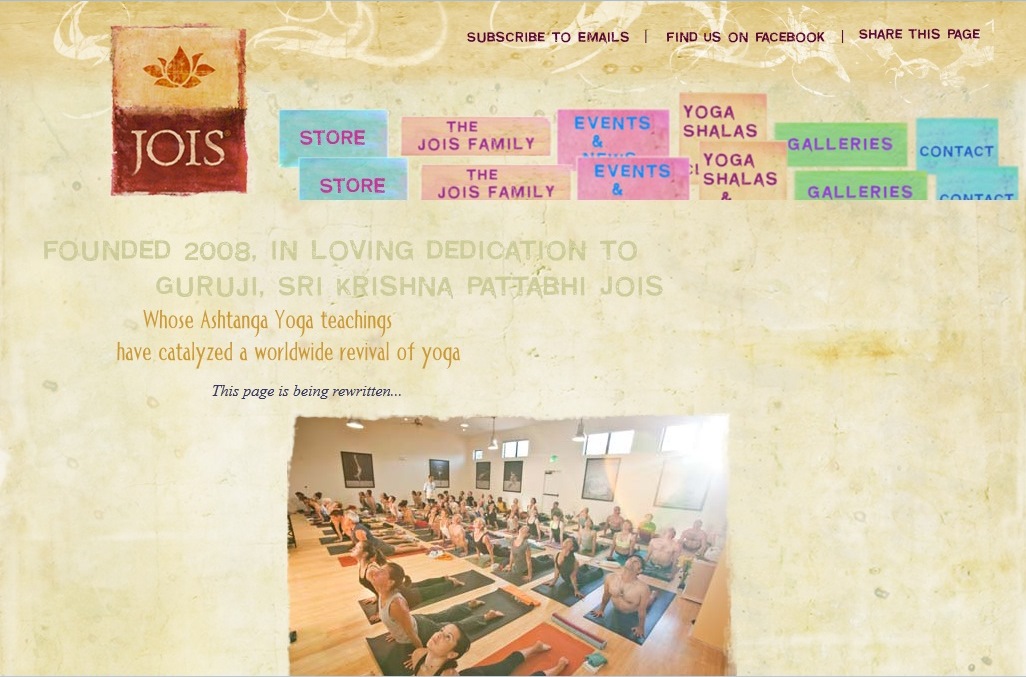 At right is the FORMER home page of the Jois Foundation (screen shot taken 10/23/12). If you go to the website now, you will see a VERY different picture. 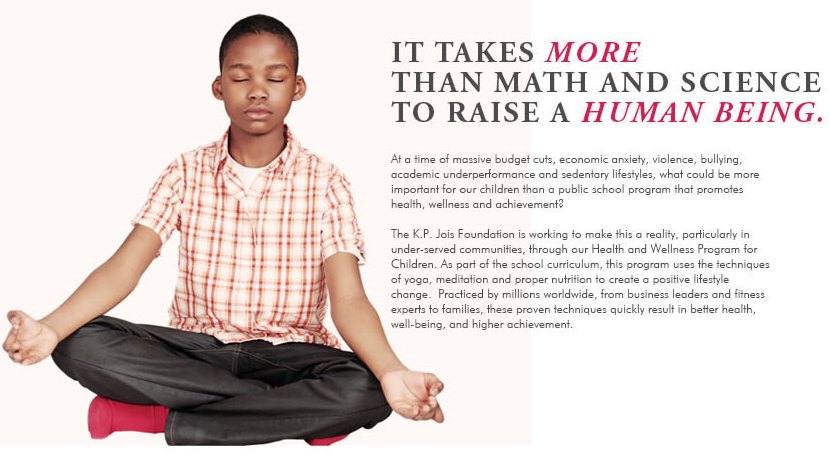 At right is the current home page screen shot of Jois Foundation (5/26/13).

You can read my background posts about this case HERE.

Professor Subhas Tiwari of Hindu University of America. “The simple, immutable fact is that yoga originated from the Vedic or Hindu culture. Its techniques were not adopted by Hinduism, but originated from it… The effort to separate yoga from Hinduism must be challenged because it runs counter to the fundamental principles upon which yoga itself is premised…

“Efforts to separate yoga from its spiritual center reveal ignorance of the goal of yoga.“ (HinduismToday.com – 9/1-3/09).

Lawsuit poses the question: yoga is exercise and relaxation but is it also religion?

An instructor testifying in a lawsuit filed over the Encinitas school district's yoga program demonstrated some basic poses inside a San Diego courtroom Wednesday.

At issue: are yoga poses religious in nature and can schools offer yoga instruction as part of its physical education program without promoting the religion or spirituality behind the practice?

The district established its yoga program with a $500,000 grant from the K.P. Jois Foundation. The hope was that yoga would help the elementary school students focus on studies, keep them calm and may even curb bullying.

All nine schools in the district are currently participating in the program.

However some parents objected when the program was launched in the fall of 2012. After complaining to the district, opponents sued claiming the classes are being used to indoctrinate children and “spread the gospel” of Ashtanga yoga. The plaintiffs want yoga classes suspended immediately.

Attorney Dean Broyles argues Ashtanga yoga is inherently religious and that teaching the poses is therefore a violation of the separation of church and state.

“There is no belief taught about any movement the child is engaged in,” the Encinitas school district's attorney Jack Sleeth said.

Encinitas Union School District Superintendent Timothy Baird Ed.D. testified Monday the instructors work for a third-party company paid for by the funds from the grant and are not district employees.

Baird also said he and his staff met with the yoga instructors before launching the program and removed images of yoga sanskrit and changed names of poses.

“Initially we made a conscious decision to remove some cultural context,” Baird said.

Yoga instructor Jennifer Nicole Brown said that after parents complained about the children chanting during yoga, they stopped including that in the lessons.

She described one pose as “criss-cross applesauce” which is used by teachers in classrooms all over the country. She even exited the witness box, took of her shoes and demonstrated the poses for the court.

“What we do in the school district is completely different to the way that I would teach adults in a traditional Ashtanga school,” Jennifer Nicole Brown testified.

The plaintiffs called expert witness Candy Brown, Ph.D., of Indiana University, to testify about the basic principles of yoga.

“Many yoga traditions, not just in the past but also today, share a religious goal and that goal is human salvation,” she said Tuesday. The associate professor said the goal could also include reincarnation or spending eternity with the Divine.

Professor Brown testified there were explicit references to Ashtanga yoga in the school’s curriculum including the same opening, same poses and the same closing.

“That frames this as something more than exercise,” Prof. Brown concluded.

The practice of asking students to reach up to the sun in the mountain pose was religious she testified.

The suggestion that posing one’s body equals a religious practice could be extended to closing of hands or bowing of heads “Yoga for Encinitas Students” attorney David Peck said.

“[Students] can dream about anything they want, they can think about pizza while they’re doing a pose,” said Peck whose son is enrolled in the yoga program.

The defense maintains the grant was for a health and wellness program and the children focus on breathing and the alignment of their bodies.

The plaintiffs contend that they aren’t arguing whether yoga has health benefits. They are arguing that a class of Ashtanga yoga be suspended immediately.