FROM THE GREEK CITY TIMES: The Orthodox Church of Greece has announced yoga as “absolutely incompatible” with Christianity and not a “kind of exercise” since “yoga is a fundamental part of the religion of Hinduism.”

The Synodal Committee under Archbishop Ieronymos II of Athens and all Greece announced on June 3 that “yoga techniques,” which had “a variety of schools, disciplines, applications, and trends” within Hinduism, “has no place in the lives of Christians.”

The statement was defended on a Greek TV network on Thursday, where Father Michael Konstantinidis said that the church’s opposition is based on the “experience of those who practised yoga,” explaining that “if yoga offered what man wanted, we would be happy.” 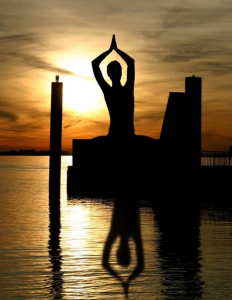 The ancient spiritual practice has connections to Hinduism and Buddhism. It is referenced in Indian texts from 2,500 years ago and has evolved over time, according to Dr. Mark Singleton, who has researched the history of yoga.

Emphasising the pastoral responsibility of the Church to warn against religious syncretism, it said the Holy Synod was compelled to discuss yoga after Greek media reports suggested that yoga techniques could help people deal with stress during the pandemic.

“Yoga is not an exercise, but an act of worship,” declared Metropolitan Nektarios of Argolis of the Greek Orthodox Church in September 2019.

“When we have repentance in church, whether it be a small confession or a big one, we don’t do it for fitness reasons. We make a confession to God. This is the same thing that people do during yoga, which is what we are trying to explain,” Metropolitan Nektarios said.

In 2015, the Greek Orthodox Church issued a statement against the United Nations’ (U.N.’s) advocacy of yoga and the global body’s 2014 decision to designate June 21 as International Day of Yoga.

“Yoga is an ancient physical, mental, and spiritual practice that originated in India. The word ‘yoga’ derives from Sanskrit and means to join or to unite, symbolising the union of body and consciousness,” the U.N. states, affirming the Hindu roots and goal of yoga.

Yoga has been recommended in many countries around the world as a means to ‘combat stress’ and keep fit during the coronavirus pandemic.